I'll detail some of the failures of electrical products that I encountered.

I have a Bluetooth earphone that I have not used for a long time.  I could not turn on; it obviously needed charging.  I plugged the USB cable, but it just would not charge.  I opened up and the tiny Li-Ion battery pack had a very small voltage.  It turned out the battery pack has protection circuitry, when the battery voltage drops too low, the switch would not turn on and could not be charged.  It was possible to bypass the circuitry and tap into the battery terminals directly.  I charged the battery directly for a while.  Then it was possible to charge regularly again.

In the middle of making coffee, it stopped.  While the light was still on, but the water was not dripping into the filter.  The heating element apparently is broken after perhaps ten years.  The heating element (probably filament inside ceramic)  is placed next to the water pipe and in contact of the top plate.  The water is heated up and forced out to the top and drips down to the filter.  The pressure is enough for the water to go up 1 foot to the top. 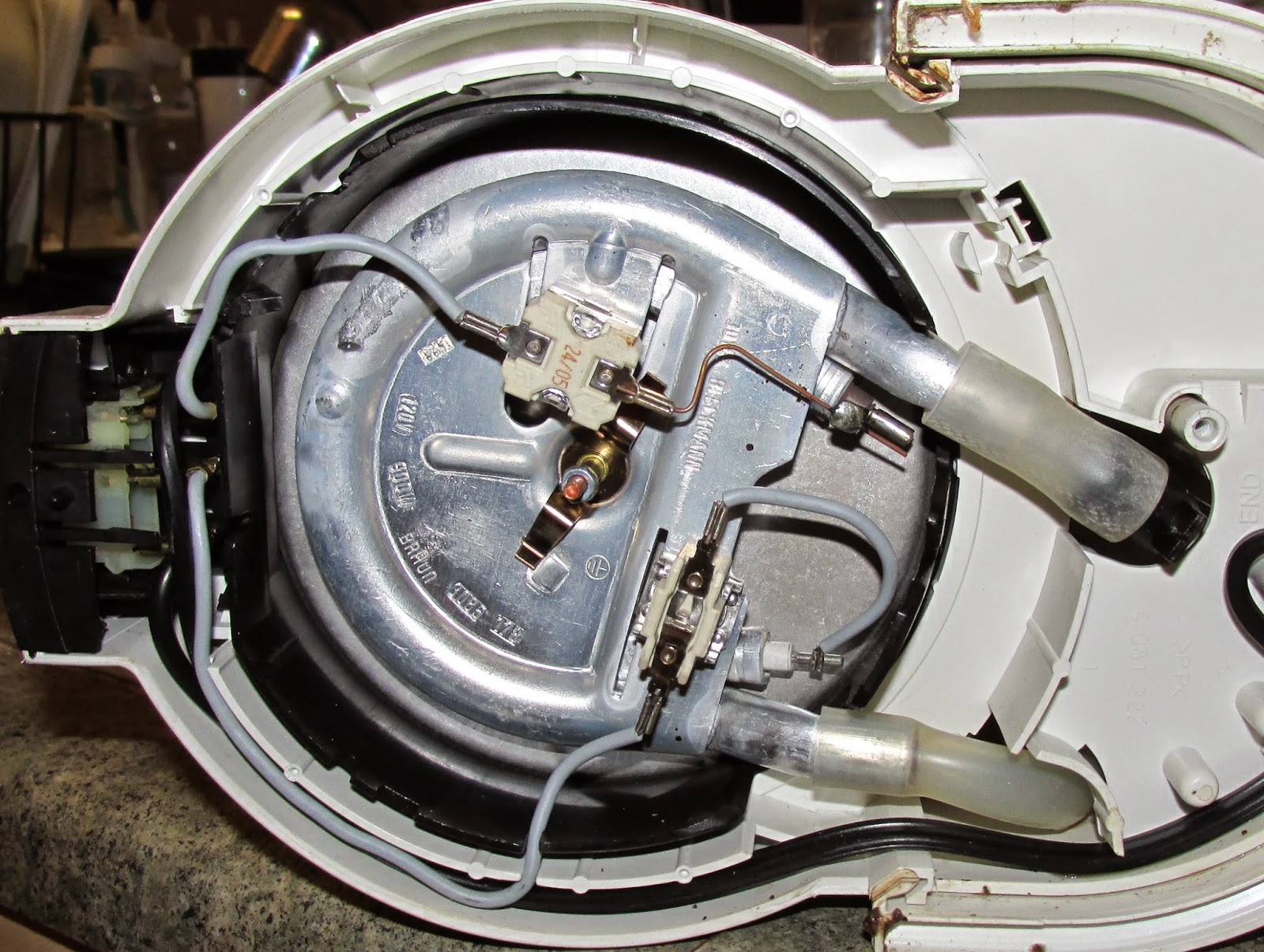 A short at the output of the 12V 500mA AC adapter caused it to fail.  It is a simple transformer followed by bridge diode rectifier.  The primary side of the transformer is protected by a thermal fuse, which opened when the output was shorted. 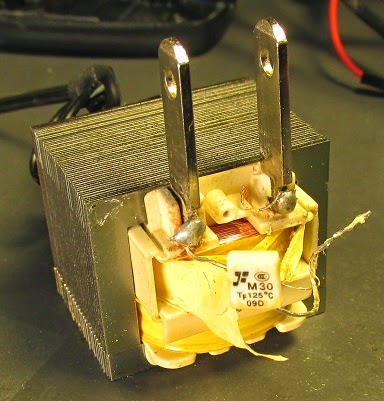 After about 5 years, the Philips Marathon 13W CFL failed; it flicked for a few minutes then was completely out.   One of the filaments apparently was burnt out, otherwise everything looked fine.  So it seems that the life time is still limited by the filament like the regular incandescent bulbs. 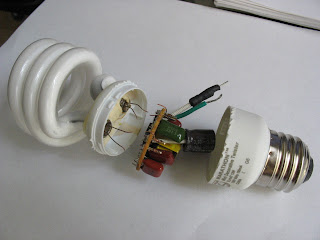 The LCD started to lose segments.  It uses a plastic heat seal connector, which does not make a durable connection.  After one or two years, the connector loses adhesion.  This is typical of many cheap electronic gadgets with small LCDs and the connectors are the first ones to fail and render the devices useless. 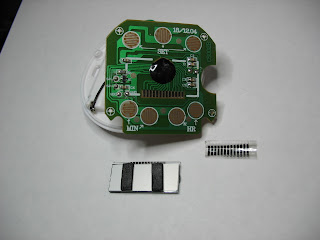 This is really a design flaw because it does not work right from the start.  This product retails for $49.99 at Amazon, so it is not an el-cheapo.  It makes a popping and clicking noise constantly; it is loud enough to be unbearable.

I have a desktop electric fan, three-speed and swinging head.  It is built with metal casing and solid construction.  I had it for 7-8 years.  It occasionally makes noise when it swings.  Recently, it failed to start or start and stop at the lowest speed.  Then it tripped the circuit breaker.  At a close inspection, the wires from the base to the motor head were nicked and evidently shorted.  The bundle of wires consists of earth ground, which is connected to the case, return, and three other wires for the three speeds.  Apparently, the wire bundle has been rubbing against the case as it swings, eventually cutting the insulation and shorting out the wires inside. 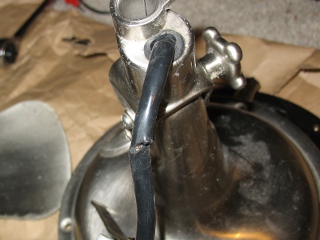 Upon disassembling the fan, I find the single phase induction motor, 3uF starting capacitor and it appears that the speed is controlled by activating the number of stator coils.  I soldered the wires and insulated them; it works again.

I'm sure the designers thought it was a good idea to build smarts into a lowly notebook AC adapter. My HP notebook AC adapter comes with a 3-pin power plug. As an electrical engineer, I had guessed that the center pin was a sensing pin to compensate for the IR drop of the wires. I measured the voltages: the inner ring is 20.0V and the center pin is 15.4V. I did not think too much of it why HP thought was necessary to have a center pin until a few months ago. My computer ran slow and took a long time to boot. Of course, I suspected software problems, maybe virus. I reinstalled the OS and the problem seemed to go away, but only reappeared later. It was very frustrating. One day I noticed that the computer would run fine when I unplugged the power adapter. It was very repeatable; I could see the CPU loading changing as I plugged and unplugged the AC adapter. I could not believe that the running on AC adapter could cause the computer to slow down. A quick search on the web showed other people had the similar problems. HP called the power adapter smart AC adapter. Apparently information is communicated between the AC adapter and the notebook PC and the PC throttles the CPU accordingly. When there is a connection problem on this center pin, the notebook gets stuck in the slow mode. I could juggle the wire to make the problem go away. The technical support at HP seemed unaware of this particular problem. (In general, HP tech support just isn't very good.)
Power supply failures seem very common on the computers. Now the smart AC adapter adds a new way for the power to fail.

Technically it did not fail.  It is a fine product, still usable after many years, but the batteries failed.  It has two NiCd cells, which can no longer t be charged.  I opened up and replaced the batteries with two NiMH cells.  The charger still work.  Its usable life has been extended.

This was a case of misuse.  The charger was connected to the battery with the wrong polarity.  There was a popping sound and the charger was dead.  Designing a charger without reverse polarity protection, I think is a mistake, especially when the possibility of wrong connection exists.  The consequence is that an aluminum electrolytic capacitor blew up, spewing its guts and a jumper wire melted.  The jumper wire is 22 AWG, so it would take 40A to melt.  And a 50-milliOhm current sense resistor changed its resistance because of overcurrent, thus altering the maximum current output.